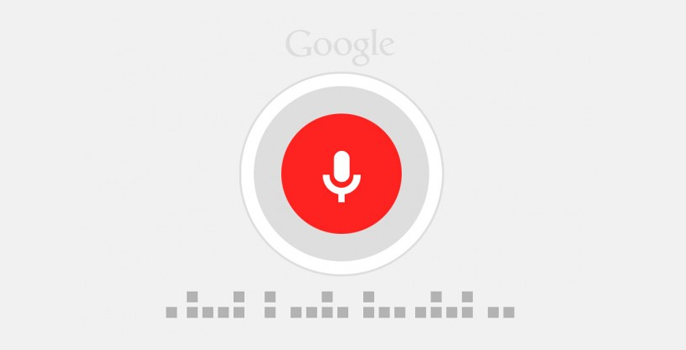 Google is taking a major swipe at Siri with a new feature in its iPhone and iPad search apps that mimics the question-and-answer abilities of Apple’s digital concierge.

The more conversational version of Google’s voice search debuted today at a press event in San Francisco. Top members of the company’s search team also announced a new version of the company’s web search that integrates Gmail to personalize the results of everyday searches.

The technology tying these new options together is what Google calls its Knowledge Graph, its fledgling effort to extend search’s understanding of the world beyond keywords. Google engineers say the company’s search engine now “knows” a half-billion real-world objects and 3.5 billion connections among those objects. In practice, this means when you ask, “When’s my flight?” or say, “Show me a video that explains quantum physics,” Google’s algorithms understand what you’re talking about—and, more importantly, what you’re trying to find out.

“There should be nothing standing between your thoughts and the knowledge you seek,” says Amit Singhal, Google’s senior vice president of engineering and clearly Google search’s idealist-in-chief.

Android users running the latest Jellybean operating system have already had this Siri-like voice-based asking-and-answering capability for the last few weeks, said Scott Huffman, Google’s director of mobile engineering. The updated iOS version of the Google Search app was submitted to the Apple App Store last week and should be available within the next few days, Singhal said. Huffman showed off the app’s fluency by peppering it with questions from “What will the weather be like this weekend?” (foggy and 68 degrees) to “What is (struggling San Francisco Giants pitcher) Tim Lincecum’s salary?” ($18 million). The app answered quickly and clearly, though in a voice that sounded slightly more robotic and stilted than Siri’s.

For now, the upgraded voice search won’t have the integrated Gmail personalization Google is starting to field-test this week. To understand how the new Gmail search feature works, you have to look to how Google has integrated its Knowledge Graph into general search results.

In the current version of search on Google’s non-mobile website, a query for “Dark Knight Rises” will result not just in a list of links to other websites but a box in the upper right-hand corner of the screen that includes a brief description of the movie, when it came out, who directed and wrote it, as well as a thumbnail gallery of cast members. Clicking “Anne Hathaway” takes you to a new page that on that same portion of the screen includes the actress’ headshot, a brief biography and a gallery of the movies in which she’s appeared. (In another new feature revealed Wednesday, those thumbnail galleries will become “knowledge carousels” at the top of the page if you click the header, a horizontally scrolling gallery that will display, for instance, the different rides at an amusement park.) This is Google’s Knowledge Graph in action: The search engine gives you not just ranked links to other pages with the information it thinks you’re seeking, but tries to extract and condense that information from elsewhere on the web into a user-friendly format that means you won’t have to click away from Google at all to find what you’re looking for:

With the Gmail search integration toggled on (it’s opt-in), the Knowledge Graph becomes personal. The algorithms the search engine uses to craft meaning out of disparate bits of information will comb your email for language structures it understands, such as flight itineraries and shipping confirmation emails from Amazon. Equipped with these little edifices of understanding, Googling “when is my flight” gets you as your top result the current status of the next plane you’re scheduled to take. A search for “amazon” gets you the link to the Amazon website in the main search results, but in the upper right-hand corner will get you a parsed list of Gmail results that zero in on the status of your latest order. For now, Google is conducting a “field trial” of integrated Gmail-web search open to 1 million users. (Sign up here.)

Sagar Kamdar, Google’s director of product management for universal search, praised the personalized Gmail search as a major timesaver that means not having to keep track of flight numbers or having to drill down several pages on Amazon’s site to find out where your order is. “We could just make your life so much easier,” Kamdar gushed.

But keeping our lives easier doesn’t just help us, it helps Google’s bottom line. The better Google gets at telling us what we want to know without leaving the site or the app means the more time we spend exposed to ads on Google. By building out its Knowledge Graph and integrating it with speech recognition and understanding, Google has an answer to Apple’s Siri. Google seems to have a major advantage in that contest in the form of its index of the entire web, though having that information and deriving meaning from it are two different challenges. In the end, Singhal says these advances in search are “baby steps” toward a dream he says he’s had since he was a kid, and what every tech company would have to consider the ultimate killer app:

“The destiny of search is to become that Star Trek computer,” he says, “that perfect loyal assistant that is right by my side whenever I need it.”

But to get there, Google will still have to wring a lot more meaning out of the 30 trillion URLs Singhal says exist on the web before the results of the 100 billion searches the company serves every month can answer every question at warp speed.